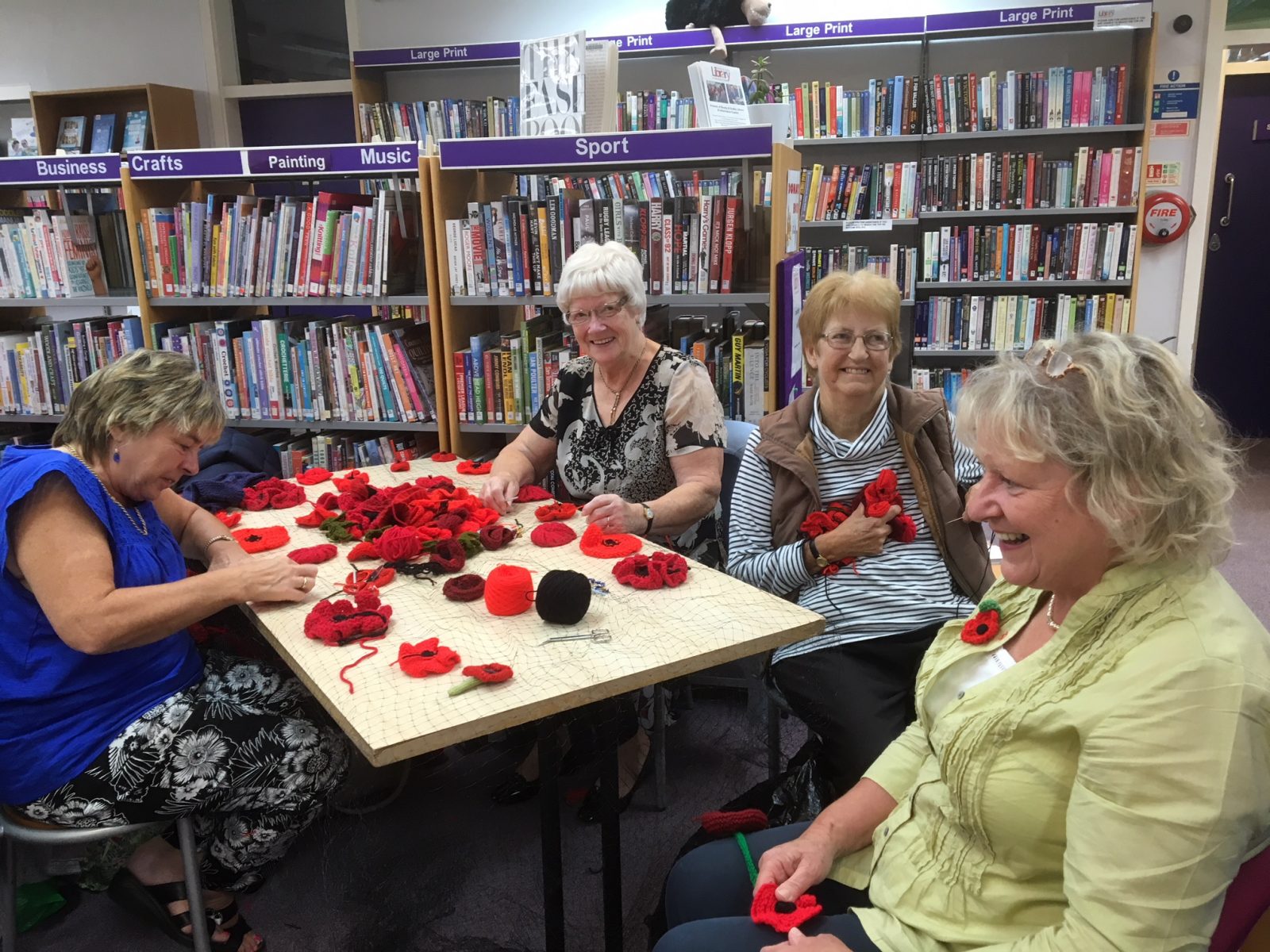 Every Wednesday afternoon a group meets in the library to knit, crochet or take part in other craft-making activities together.  They enjoy a good chat over tea/coffee and biscuits and make a wide variety of items which they donate to the library such as the small teddy bears which are given to each of the children under 5 who join our Norman Bear Club for early readers.  They have also made scarves for the Radio York Christmas Appeal, baby clothes and other items of clothing for the Rainbow Centre in Scarborough or to sell in aid of the library at special events.  For several months leading up to November 2018 and the centenary of the First World War Armistice a group has been making poppies that will be displayed in Hackness village on the long route from the church to the church hall.

Another wonderful thing they did was to knit bonding squares to give comfort to premature babies in hospital in Leeds at their Special Baby Unit.  Louise’s baby daughter Matilda was one of the first babies to benefit from this and Louise was amazed to be told where the squares were knitted, since she lives in Scarborough and used to work in Scalby.  She was even more surprised to find her former colleague Ana knitting with the group and to learn that the reason the group made the squares was at Ana’s suggestion, after her own baby grandson spent the first 6 weeks of his life in the Special Baby Unit in Leeds.  Here’s Ana, Louise and Matilda at the library with Rosie, one of the Crafty Articles Group. 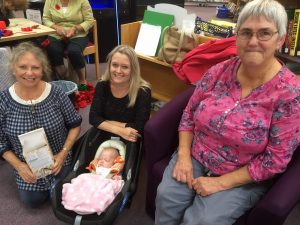 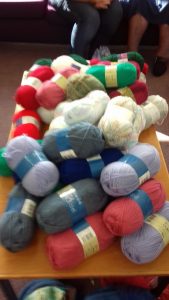 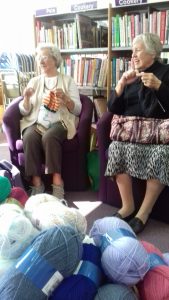