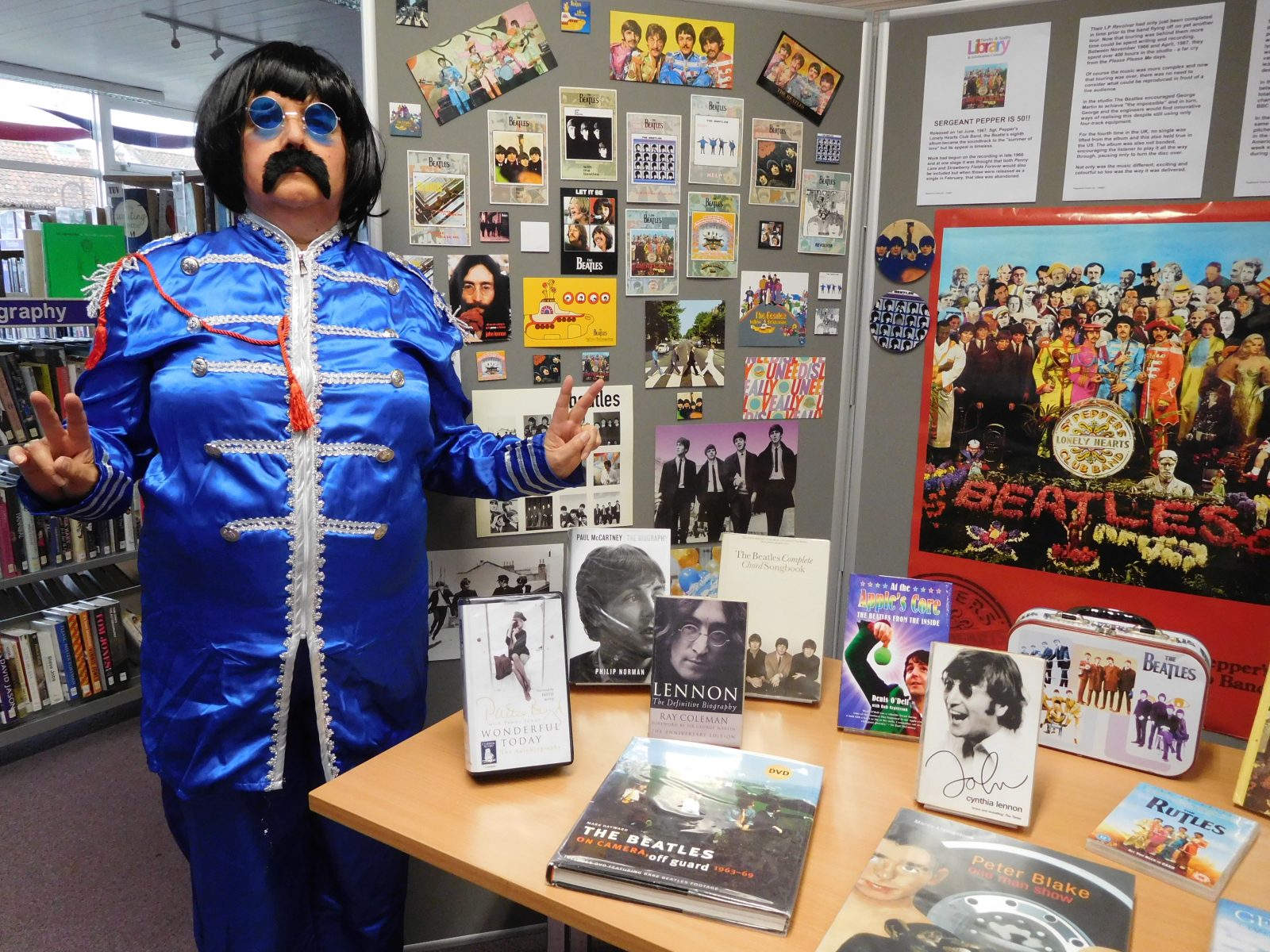 From Monday 22 May 2017 there will be a display in the library to commemorate the 50th anniversary of the Beatles’ album Sergeant Pepper’s Lonely Hearts Club Band.  Released on 1st June, 1967, the Beatle’s eighth album became the soundtrack to the “summer of love” but its appeal is timeless.

Work had begun on the recording in late 1966 and at one stage it was thought that both Penny Lane and Strawberry Fields Forever would also be included but when these were released as a single in February, that idea was abandoned.  Their LP Revolver had only just been completed in time prior to the band flying off on yet another tour. Now that touring was behind them more time could be spent writing and recording. Between November 1966 and April, 1967, they spent over 400 hours in the studio – a far cry from the Please Please Me days.

Of course the music was more complex and now that touring was over, there was no need to consider what could be reproduced in front of a live audience.

In the studio The Beatles encouraged George Martin to achieve “the impossible” and in turn, George and the engineers would find innovative ways of realising this despite still using only four-track equipment.  For the fourth time in the UK, no single was lifted from the album and this also held true in the US. The album was also not banded, encouraging the listener to play it all the way through, pausing only to turn the disc over.

Not only was the music different, exciting and colourful so too was the way it was delivered.  The glossy double wallet featured the guys in their Pepper uniforms surrounded by images of people they either admired or were interested in whilst on the back of the sleeve there were the lyrics to all the songs. Inside each side of the wallet were other surprises, a card featuring various cut-outs and in the initial pressings at least, the paper inner sleeve bore a psychedelic design.

In the US, the album was released in exactly same way as in Britain… well almost. The high-pitched tone and the garbled speech embedded in the UK run-out groove did not appear on the American release. The album enjoyed a fifteen week stay at the top of the US Top 200 albums during its initial chart run of 88 weeks.

As well as a display of Beatles’ memorabilia there is a selection of books, sheet music and audio books about the Beatles, the people who surrounded them and also Peter Blake, the artist who designed the famous cover of the album. 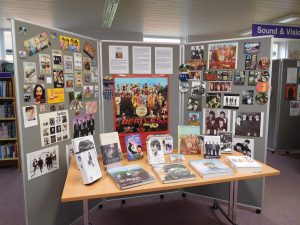