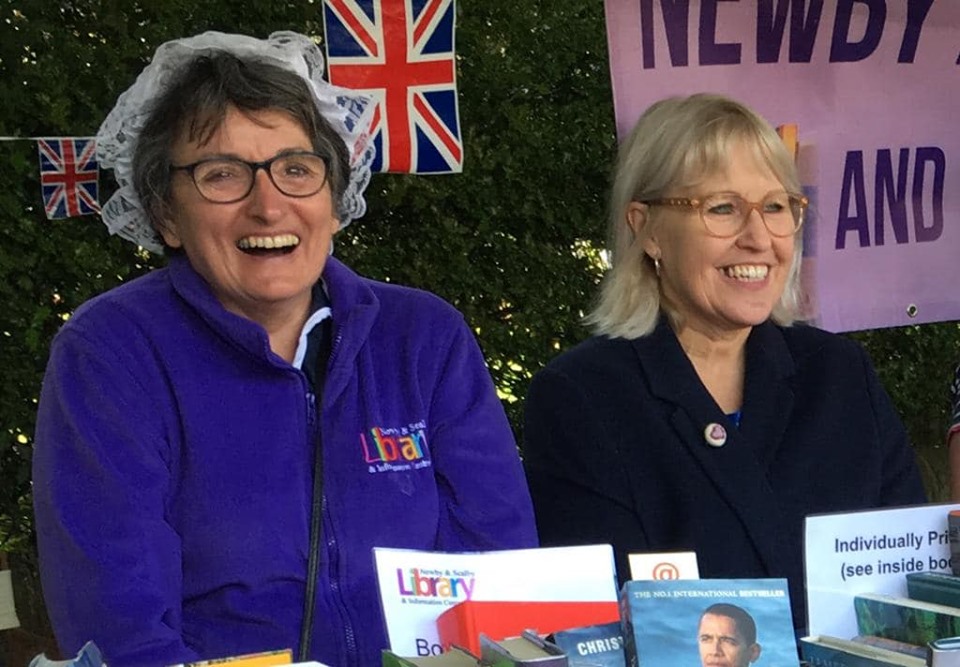 Four new Deputy Lieutenants have been appointed by the Lord-Lieutenant for North Yorkshire, Mrs Johanna Ropner, with Her Majesty the Queen’s agreement.

The new appointments will assist the Lord-Lieutenant in her duty as Her Majesty the Queen’s official representative across North Yorkshire – the largest Lieutenancy area in the country.

Drawn from different regions, backgrounds and disciplines, they all demonstrate overriding commitment to their communities.

One of the four is our own Isobel Nixon, who has been Chairman of Trustees since our charity was set up to run the library services.

Isobel was born and educated in North Wales. After gaining her degree in English at the University of York she began her teaching career in Scarborough and later taught in schools in York and Hull. She spent 13 years as a head teacher, firstly in Cumbria and latterly as Head of Scarborough College. She served on the National Committee of The Society of Heads for five years, including two years as Treasurer. She was an inspector with the Independent Schools Inspectorate for 18 years. Throughout her career, Isobel was actively involved with the Duke of Edinburgh Award Scheme for 30 years and in 2010 was acknowledged for her contribution to the scheme in the North West. Isobel retired in 2015 and is currently the Chair of Trustees of the charity she set up to maintain a local community library. Isobel is married with two grown up children.

We are so proud of her!  The photo shows Isobel, on the left, at last year’s Scalby Fair.