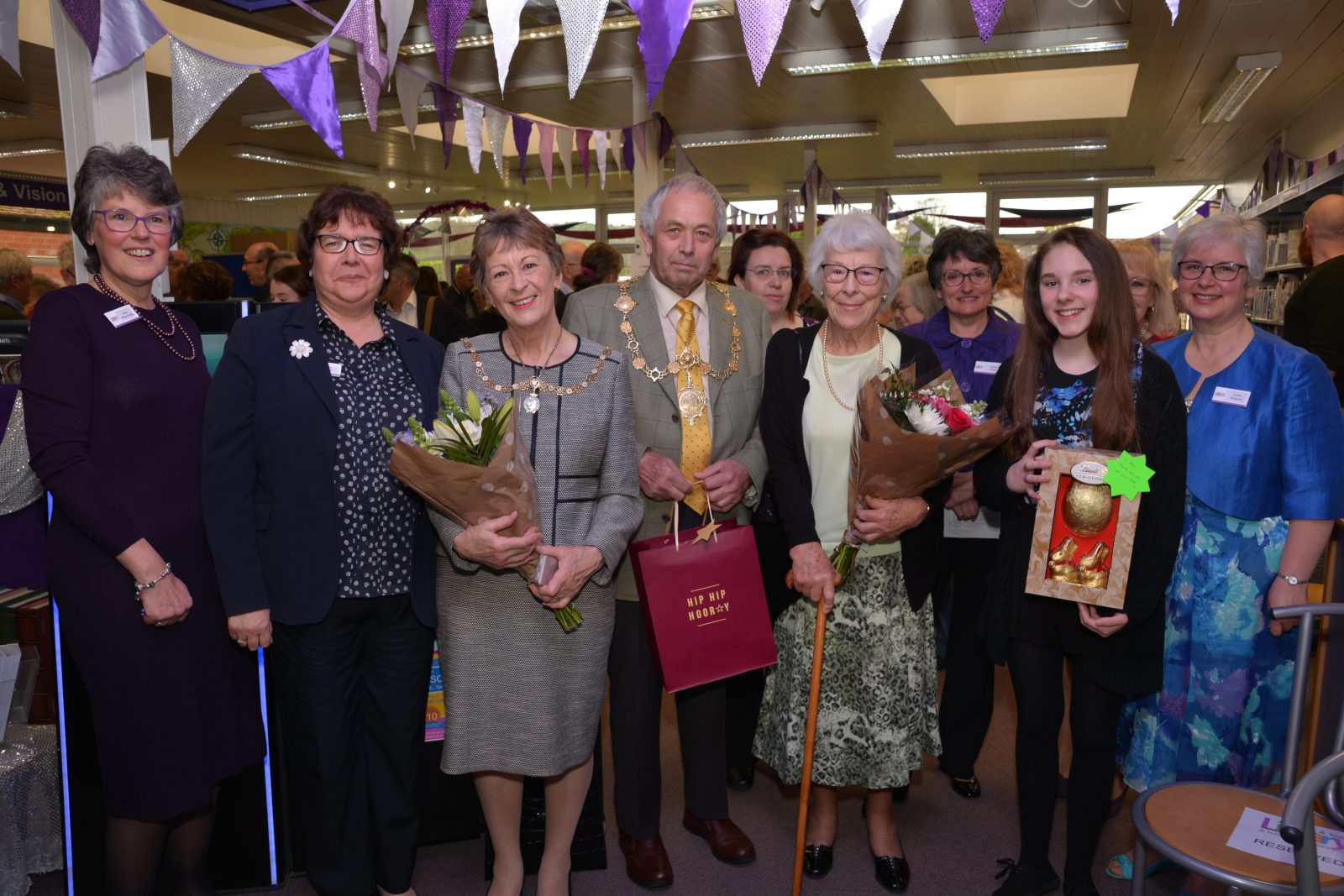 On Monday 10 April at 11am Mrs Dorothy Woodroffe, who has been a member of the library since it opened in 1964, cut a purple ribbon and declared it open as a Community Library, run by Trustees and Volunteers.  Her speech was so delightful that we reproduce it below.

“As we all know, libraries have always been with us and taken for granted.  Technology advances every day – to confuse some of us – but a book we can turn to and just forget the pressures of the hustle and bustle of present day life.  My introduction to a library was as a small child and, feeling very nervous, entering the grand portals of my local library, which at the time was Perry Barr, Birmingham, and inhaling that lovely smell of books and polish.  A tall thin Dragon looked down on me from a high counter.  “Yes?  And what is it you want, and are your hands clean?”

I replied nervously, “Could I please have a book to read?”

“And what would you like, child?”  By this time I was almost numb, but managed to squeak out, “A nice one please”.

She made the choice off the shelf, stamped a small card, thrust them to me and I shot out of the door.  Not a happy or kindly soul like our very own Jackie and Sarah have been.

Unfortunately as life tends to be these days – it’s a changing world – and it came as a shock to learn some libraries were doomed and to be closed down – unbelievable.  However, with the call to arms, along came the cavalry in the form of voluntary helpers and we do know what the consequences would have been without them.  And so we are indebted to our happy band of Trustees and Volunteers, so let us show our appreciation.  And now it leaves me to cut this symbolic ribbon to a new beginning.”

Mrs Woodroffe was then invited to cut a large cake which bore the library’s new logo.  Young member Alex Zammit presented Mrs Woodroff and the Mayoress with flowers, and the Mayor was given a large Easter egg.  Isobel Nixon, Chairman of the Trustees, thanked Mrs Woodroffe, Alex, the Mayor, Cllr Simon Green, and Mayoress Mrs Val Green for officiating at the ceremony and after presenting Alex with an Easter egg she invited everyone present to have some of the cake, some champagne (donated by a well-wisher) and/or tea and coffee.  Mr Jack Jowsey entertained everyone at the keyboard.  The sale of second-hand books and the raffle raised just over£300 for the library’s funds. 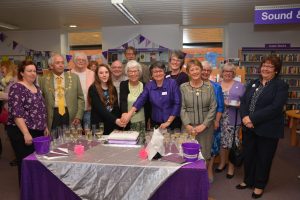 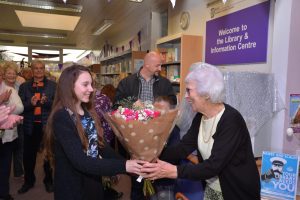 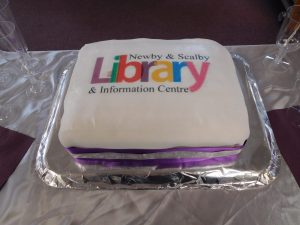 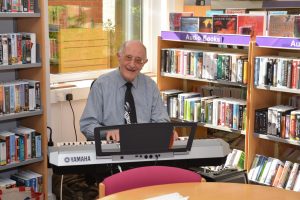