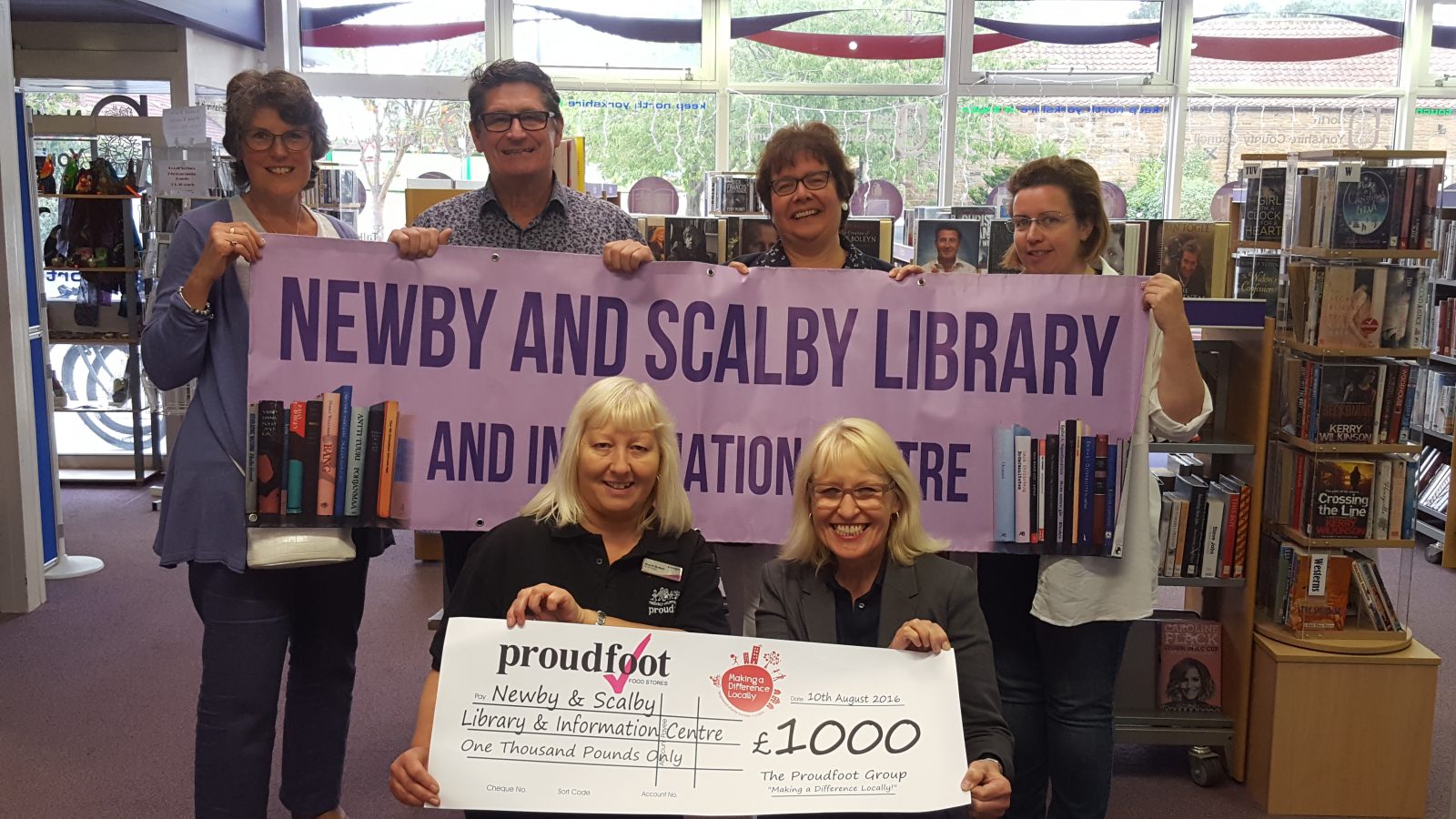 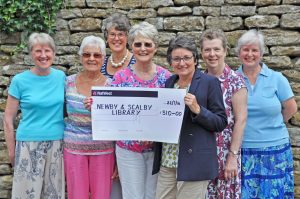 The Trustees of the Library are extremely grateful to The Proudfoot Group who donated £1,000 to the library from their Making a Difference Locally fund.  They have also supported us in practical ways, including allowing us to hold a second-hand book stall in the car park at the Newby store which raised £207.  We look forward to working with them in the future and to making a difference locally, together.

We are also very grateful to Scalby Wives’ Group who donated £510 to the library, having held a special fund-raising evening for us.  Later they presented us with a further £170. 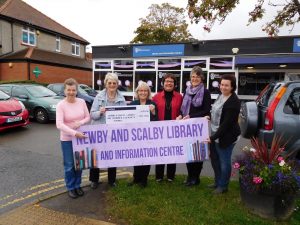 Another group that has supported us is the Scalby Fair Committee.  The Trustees held a double stall selling second-hand books at Scalby Fair in June 2016 and were delighted to win the Best Dressed Stall Competition, at which the theme was the Queen’s 90th Birthday!  In addition to the £50 prize the Committee later sent us a further £400. 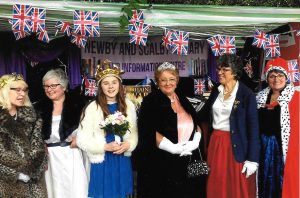