The Community Garden is Open! 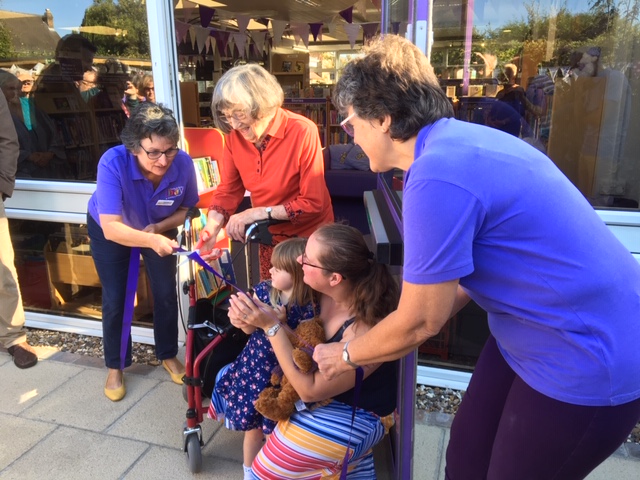 On Saturday 21 September 2019 Newby and Scalby Library’s Community Garden was officially opened by Mrs Barbara Gardiner, a member of the library for over 55 years, helped by Isla Webb, one of the library’s many young members.  Both had featured in the film made by ITV Calendar News in April, encouraging people to vote for the library in their winning bid for £18,900 from the National Lottery People’s Projects.  Over 2,300 people voted to turn the patch of scrub land behind the library into a community garden with access for all and on Saturday many of them turned out to see Barbara cut a ribbon and declare the garden open in the presence of C Cllr Greg White, Executive Member of North Yorkshire County Council whose responsibilities include libraries, Chrys Mellor, General Manager NYCC Libraries, supporters from local organisations and businesses, customers, volunteers, Friends and Patrons of the library.

Isobel Nixon, Chairman of Trustees, said “Our vision for the Community Garden is that it will be a calm, healing space to promote well-being, where people can connect with nature, recharge their batteries, or fire their imagination.  The trustees have been moved by the support and goodwill that has flooded in from so many people since we took over running library’s services from the County Council in April 2017.”  The garden has a patio, yellow brick road leading past a fairy garden to an outdoor classroom, a raised flowerbed, plenty of seating, a sheltered area, and homes for birds and bugs.  Along with scented plants there is an apple tree and a rowan tree donated by Sam and Jenny North of Rowan Tree gardens who members of the library, along with their two children.  A focal point of the garden is an arbour donated by Mrs Juliet Foster in memory of her father, Anthony Harvard Baker FRCS, local GP, surgeon at Scarborough Hospital, local Councillor and Mayor of Scarborough in 1975. 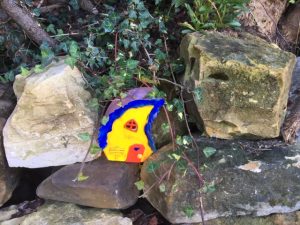 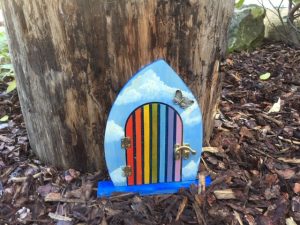 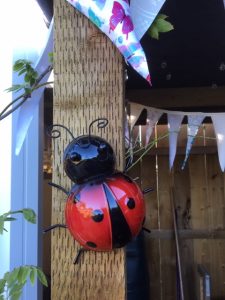 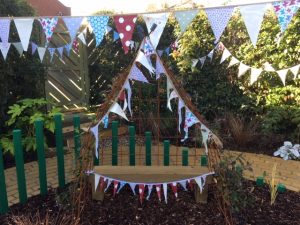 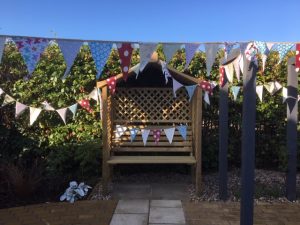 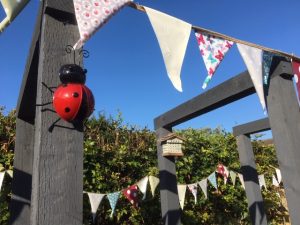 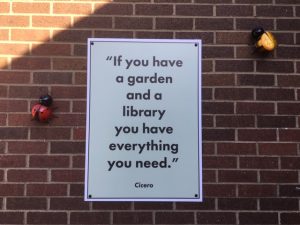 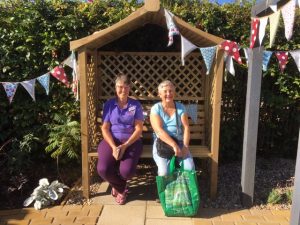 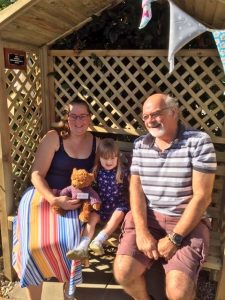 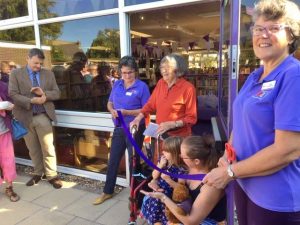 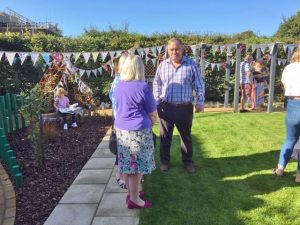 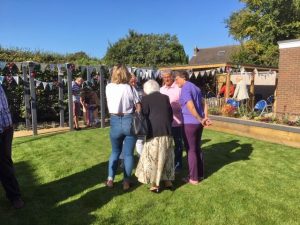